The United Nations General Assembly proclaimed November 21 as World Television Day on December 17, 1996. Adopted by the General Assembly via resolution 51/205, the day seeks to recognize the increasing impact television has on the process of decision-making and its undeniable presence and influence on world politics. Rather than focusing on the tool that television can be, World Television Day celebrates the philosophy which television may represent - a symbol for communication and globalization in the contemporary world (United Nations). 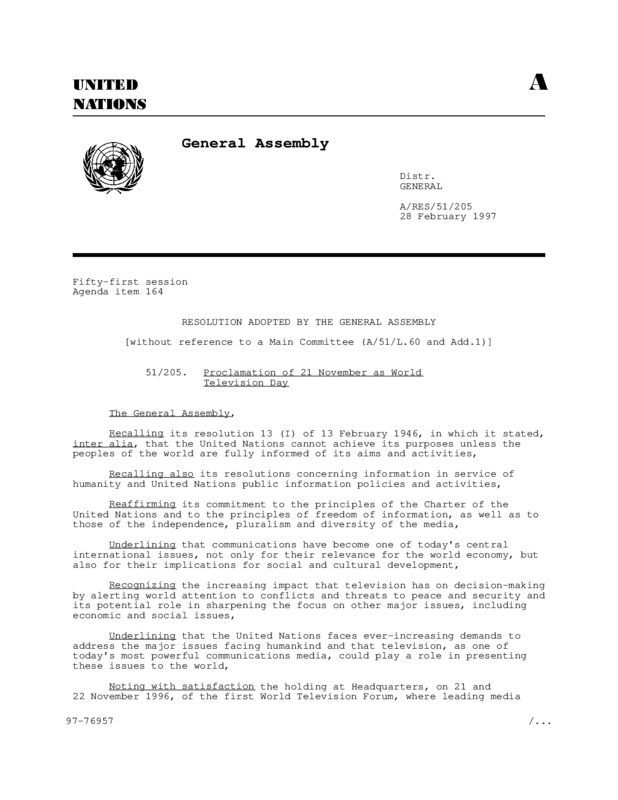 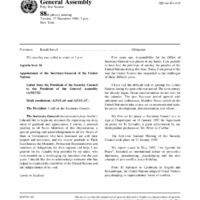